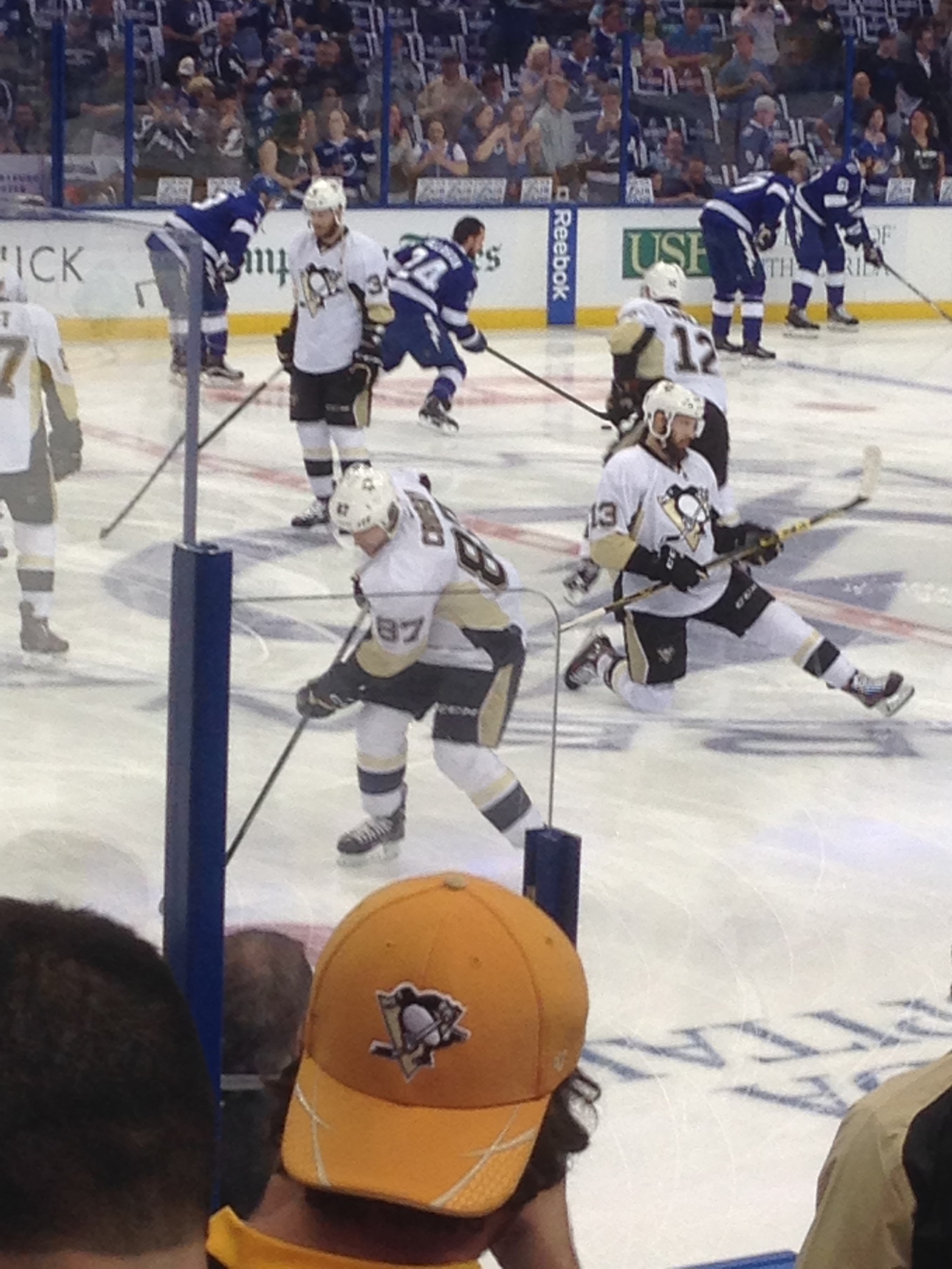 The Washington Capitals just might finally have the Pittsburgh Penguins’ number.  The back to back defending Stanley Cup Champions held a 3-2 lead headed to the 3rd period of a pivotal game 5.  It looked like the DC faithful would be suffering more heartbreak. Instead, the Caps rode the wave of 22-year old Jakub Vrana to both tie and take the lead before getting a few empty net goals late in a 6-3 victory. Vrana, who does not normally play on the top line, took advantage of an opportunity to skate with Alex Ovechkin, setting up Evgeny Kuznetsov for the tying goal and then finishing Ovi’s feed for the go-ahead tally with 4:58 left in the game.  With Tom Wilson suspended for his dirty hit on Zach Aston-Reese, Washington failed to adjust in Game 4 as Ovechkin was held without a point or even a single shot on net. The Caps chose not to stick with the status quo in Game 5, tinkering with the lines to try to spring the Great 8. The success of the line changes plus the great performance by goaltender Braden Holtby have given the Capitals their best chance to finally defeat Pittsburgh in the Crosby-Ovechkin Era.

If Mike Sullivan is serious about keeping the 3-peat AKA #3elieve dream alive, he has to be willing to think outside the box.  Just like Barry Trotz was willing to trust Vrana to skate on Ovi’s line, Sullivan has to put some faith in his best young prospect to get some minutes with 87 or 71.  No, I’m not talking about Domink Simon, the young man of 3 assists and 5 shots on goal in 7 playoff games despite playing with Crosby and playoff leading scorer Jake Guentzel. Literally, think about it: less than a shot on goal per game despite playing with arguably the best player in the world and the hottest goal scorer in the playoffs.  It’s not hard to find open ice when you play with these 2 guys, unless of course your last name is Simon.

If you can’t tell at this point, the best young prospect and option for the Penguins is Daniel Sprong.  The 21-year old right handed winger netted 32 goals and 65 points in 65 AHL games this season. Watch Sprong shoot the puck and it’s not hard to see that he has a shot that puts him miles ahead of Dominik Simon as an offensive player.  Those who complain about his defense should consider that Simon isn’t exaclty an amazing two-way forward either. In fact, one could argue that Simon’s bad tripping penalty that led to a Washington powerplay goal in the first period swung the momentum of the game.  I realize the Penguins got the lead back headed into the third, but what exactly did Simon do to wow anyone out there? What has he done to warrant playing on Sir Sidney’s line against a great Washington team as the Penguins chase a third Stanley Cup? Consider that the last two seasons Sid skated with 2 competent wingers: Hornqvist and Sheary and Sheary and Kunitz/Hornqvist.  Dominik Simon just doesn’t fit that narrative in any way, shape, or form.

The call for dressing Sprong goes beyond giving Crosby another young guy to skate with.   Right now, despite yielding 6 goals tonight, the Penguins have a goal-scoring problem, not a 2-way forward problem.  Derick Brassard, the big acquisition at the deadline, has just 1 goal this playoffs; Conor Sheary is without a goal; Bryan Rust has been invisible since the Philadelphia series; Phil Kessel played better tonight than he has, but clearly isn’t his same sniping self.  Bottom line, the Penguins can’t advance with just Crosby, Guentzel, Malkin, and Hornqvist producing while the other forwards ride their coattails. This requires Coach Sullivan to do something unprecedented: insert a player into the lineup who hasn’t played all postseason in a must-win game.  The alternative is continuing to dress Simon and basically waste a roster spot. To give the Pens the best chance to keep their #3elieve dream alive, Sully may have to go beyond his comfort zone and dress a player who he clearly hasn’t fully trusted up to this point. Giving more minutes to an unproven young guy worked for the Caps; why not try it out for the defending champs? At this point, all options have to be on the table as the Penguins face elimination for the first time since Game 7 against the Capitals last year and face a 3-2 deficit for the first time since Game 6 of the 2016 Eastern Conference Finals against Tampa Bay.  The lineup card is in your hands, Coach Sullivan. Who will it be?

#blackouttuesday
Last weekend Travis and Producer Seal took part in the #RaceForTheGreatest run for Kobe, Gigi, and the 7 other lives lost in January. We’d hope for better times but we never said we were triathletes
It's gameday at the banc! #lafc #lafcvsgalaxy
Getting ready for the Dodgers game the only way we know how! #angelcitybrewery #beastudnotascrub #welovela
LAFC's tribue to Freddie Mercury and Queen on Pride Night!
The @lafc3252 respecting the Hussle with their newest flag #studnation #nipseyhussle