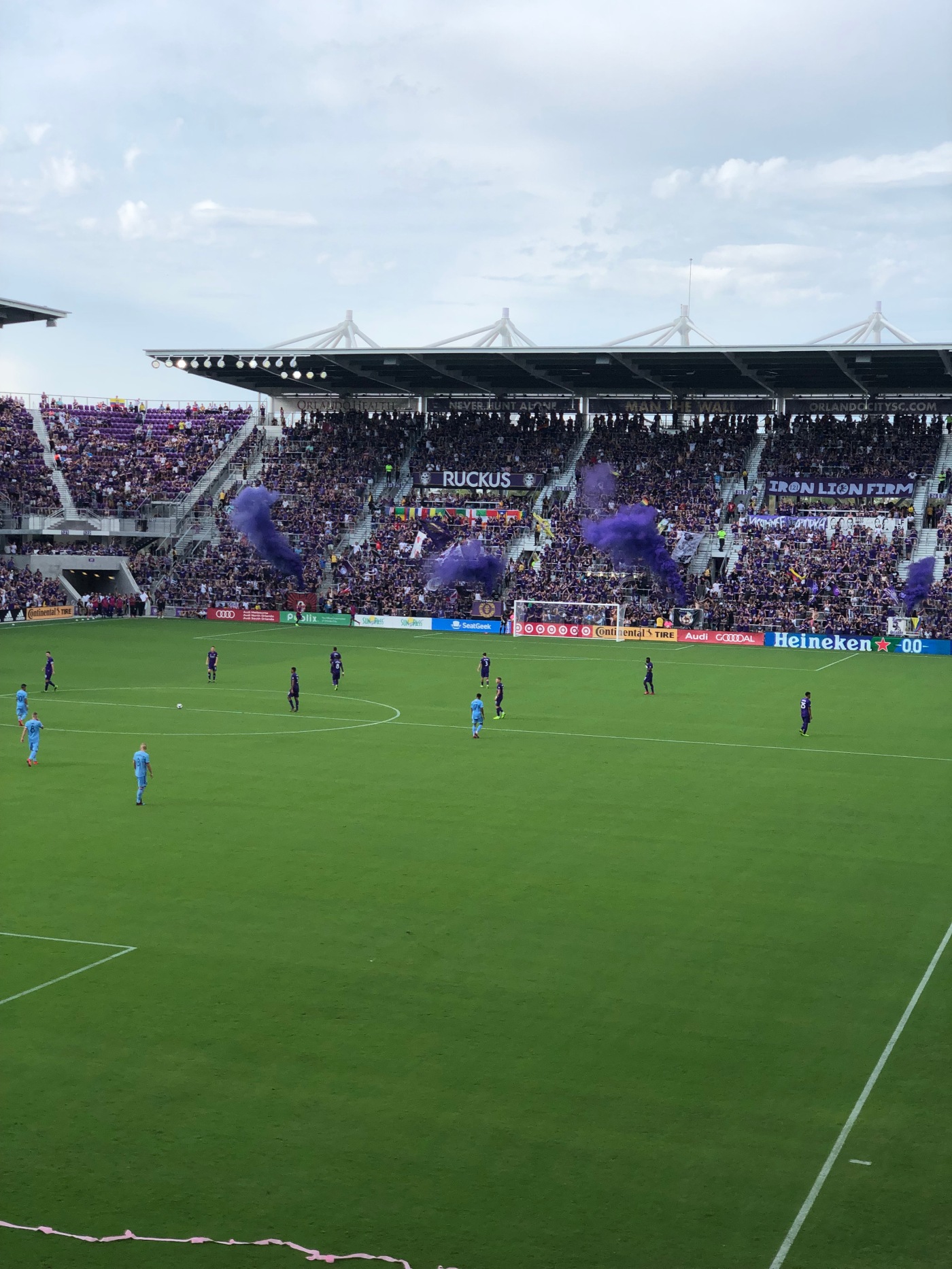 MLS is back. The first game went as expected. The first half was full of sloppy technical play from both teams, and the second half was opened up due to tired legs which offered more opportunities as well as all three goals. In the end, star players mattered. I don’t know if this tournament will make it to the final game or not but it was great to have live, meaningful soccer back on my television.

The entire tournament led off with a wonderful display of unity as the field was surrounded by players from all teams holding up a fist with a moment of silence focused on standing in recognition of the Black Lives Matter movement. After which, the game started the same way that we have seen soccer games starting all around the world start; with all players kneeling for a moment of silence after the starting whistle is blown.

This would mark the first MLS match between two Florida teams since the Miami Fusion took on the Tampa Bay Mutiny back in 2001. Neither team is expected to be all that great this year and that showed through at times where you couldn’t tell if it was the four months off or just a lack of skill that was leading to certain mistakes. In the end, Orlando gets the bragging rights of winning the first ever installment of what I will call the “Sunshine Clasico” until I am told otherwise.

The last point that I want to make before getting to the team grades and the man of the match is that while the tournament went all out to try to increase the production value, whoever the medical team was tonight was in severe need of improvement. At the 50’ mark, Inter Miami’s Andres Reyes caught a forearm of Dom Dwyer (nothing malicious) straight in the throat and was in clear pain while the medical team nonchalantly sauntered their way over to help him. The team doctors arrived very quickly and were tending to him, but then they called out to the stretcher unit to come help and what followed was pretty sickening to watch for anyone that’s had a major injury that potentially needed greater medical attention than a trainer can give. First off, the stretcher unit looked like they were having a tough time figuring out how to get onto the field to help, then when they finally got through the fence they walked so slowly that an Inter Miami player ran over to them and took control of the stretcher to get it to his fallen teammate faster. This is unacceptable. The MLS definitely needs to button this up with their medical staff. Yes, you hope to never be called on when you’re on duty manning a professional sporting event, but you better be damn ready to jump into action if you are called upon. Hopefully that gets addressed ASAP.

Now onto the grades…

Orlando was the better team for much of the night, but they weren’t really able to show it until the end of the game when Nani was gifted the winner in stoppage time. There were a lot of sloppy touches from their players but they did look like they understood what Oscar Pareja was trying to get them to do and their strategy seemed better than Inter Miami’s. Orlando saw their defense fall asleep twice that should have hurt them. The first time was on a free kick in the first half where they simply did not run with the Miami players. Luckily for them, Ben Sweat thought that he was the only player with a chance to score and used his hand to bat the ball that was above his head. If Sweat had just allowed the ball to continue, there were two other Miami players that would have been able to tap it in. The second time was on the goal. Orlando was chasing around the ball and the rest of the defense were caught on their heels watching and gave Juan Agudelo an easy finish on goal. All in all a pretty average performance from Orlando City, but just enough for the win.

Inter Miami’s coach, Diego Alonso, has said in an interview that he wants to dominate the game with strong defensive formations and clean passes. What this means to me is that he understands that they do not have a true no.9 up top and that they will have to settle for low scoring games if they want to get some points this season. That showed in the game as Miami was unable to get many great chances on goal aside from set pieces. Miami was outplayed by Orlando for the entire first half but came out at the beginning of the second half firing on all cylinders. That was until the Reyes injury. The injury took eight minutes to sort out, and after play resumed Miami was back to being outplayed. This loss can really be chalked up to tired legs leading to open spots in the defense at the end of the game but Miami can not be very happy with the game as a whole.

Man of the Match: Nani

The Orlando City captain did not earn this spot for me until the 97th minute with the game winner. Even then I nearly gave this to Chris Mueller. There are stretches in the game where I wonder to myself “is Nani still on the field?” and look around to see if I can spot him. Those moments shouldn’t happen with the team captain and best player on the field. Luckily for Orlando City, Nani stepped up when he was given the chance. He made a nice run up the left side and made a perfect pass across goal to set up the Mueller goal that tied the game and then found himself in the right place at the right time as an Inter Miami player was unaware of the ball and had it hit off his back and fall directly at Nani’s feet for an easy game winner.

The product wasn’t perfect but it was live, meaningful sports and the optimist in me hopes that we get to see this tournament make it all the way to it’s conclusion. Even if it doesn’t make it all the way, we are seeing sports again and that is a great feeling. MLS is back.